News
The Dave and Trisha Milas ….

The Dave and Trisha Milas residence on Stanley's north end. Photo by Joseph Back.

Richard Washburn lost his home at 211 East Maple Street in the tornado, but said he plans to stay if insurance witll pay for the damages. Photo by Joseph Back.

Kelly's Grill was among those places that sustained damage from Wednesday's storm. Photo by Joseph Back.

sponded, with Rich Kramer of Wisconsin Public Radio showing up to cover the event. Photo by Joseph Back.

While undamaged in Wednesday's tornado that passed a block away, the D. R. Moon Me –

morial Library was nonetheless closed Thursday and Friday, "due to weather" and a wide – spread power outage. An empty lot next door awaits a still to be realized library addition, requiring cooperation with the National Park Service due to its historic status. Photo by Joseph Back.

Kate Cernans (left) was among the more than 160 who signed the volunteer list by noon on Thursday, joined by Amanda Strans (right). Photo by Joseph Back.

Among the hardest hit by Wednesday's storm was Chwala's Construction, which ended up leveled when it found itself in the direct path of the EF2 tornado. Photo by Joseph Back.

Two of Stanleys Veterans' organizations presenting checks to Andrea Hazard of Forward Bank, where the Stanley Relief Fund is set up. The fund was created to help those families who have had losses due to the tornado of December 15th, 2021. Pictured left to right: Com 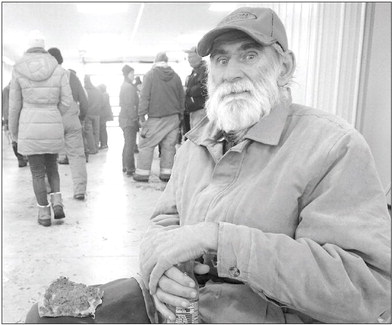 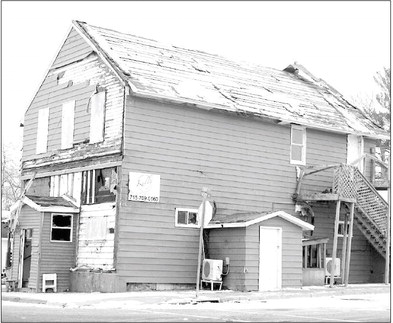 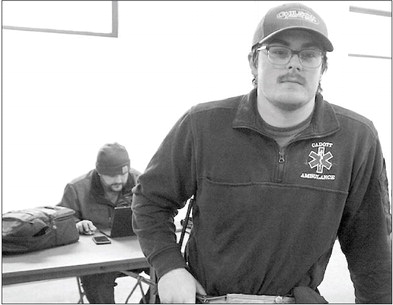 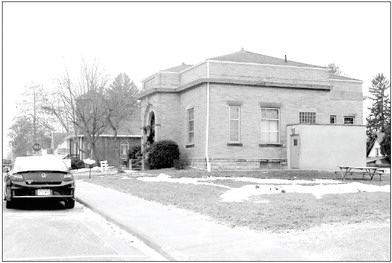 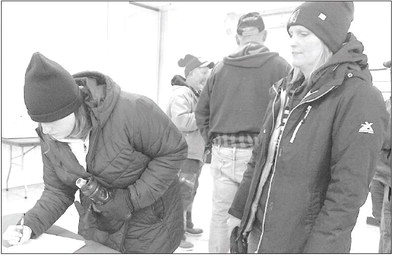 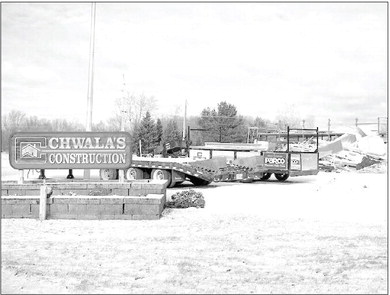