The aftermath of the tornado from December 15, 2021 will stay with Stanley for some time to come—and some more than others. With parts of the north side retaining power along with Boyd, those in the tornado’s direct path were not so lucky, from a material standpoint.

“I was sitting in my chair, and 15 feet from the house is where the tree went down,” reported 75-year-old Richard Washburn, resident of 211 East Maple Street and a Heritage Baptist church member. With a house located next door to The Muffler King, Washburn lost his home roof, but plans to stay, if the insurance will replace things.

“I plan on staying here,” Washburn said of Stanley as he ate pizza at the Community Center Thursday. With multiple health problems and at age 75, there wasn’t much else to do, in terms of living arrangements.

Also affected in the Wednesday night tornado was Chwala’s Construction, owned by Bill Chwala. The building was destroyed, but he will rebuild, pending insurance details.

“We were at home, four miles to the east,” Chwala shared of the Wednesday storm. “The power went out around 10 to 10,” he said. Hearing the sirens, Chwala thought maybe a lightning strike had happened from the out-of-season storm. Then a call came in from Heather Brenner, his daughter.

Brenner said that Mike Karlen had called saying that Chwala’s Construction was destroyed. Bill and others had to reroute to approach from the west side of town as the way in from Highway 29 was closed.

“There was water shooting up, and the smell of natural gas,” he said. With Ryan Chwala helping and Bill’s nephew, Joe Karlen, coming out to shut off the gas, it was back home for the night, thankful for a place to return to. Having an appointment to the west the next morning, Chwala didn’t get back to the site until later on Thursday.

“The next morning I was so surprised,” Bill said, sharing that there were 50 people who had come to help clean up. Chwala said he and the family were very appreciative of all the help. “We will be rebuilding on the same site and same size,” Chwala said, pending insurance details. Not so lucky to live miles away on the night of December 15, however, was Garth Johnson, residing in a house on the southeast corner of Fourth and Franklin, and hearing the tornado go over his head.

“So basically what I heard was I heard the siren go off,” Johnson shared, saying he thought nothing of it as things looked calm and the siren’s relatively frequent use had dulled its effect somewhat on him. “So I sat back for a few minutes and didn’t pay attention,” he said, going to the window for what he thought was hail.

“Then I heard hail,” he said, looking out the window to find that it wasn't hail, but debris. “So I called for the dogs, didn’t even make it to the basement, heard it come over and then calm , came out to assess the damage,” he shared this past Sunday. A friend from the Army named Steve Moore was helping Johnson with cleanup Sunday, while the tornado had taken off shingle and a vent, along with limbs from an oak on the property. It also left “about 300 pounds of sheet metal,” he made known.

“But I’m going to tell you, this wasn’t the first tornado that went the same path," Johnson said as a long-time Stanley area resident, sharing that another back in the 80s had done the same, with pine tree damage. But as to the tornado from December 15?

“The dogs were more in shock than I was,” he said of two huskies named Spirit and Ghost. But while the twister had damaged Johnson’s truck and other vehicles, there was reason to be thankful this past Sunday.

“Fortunately I’m not as bad off as some others,” he said of tornado damage, with many throughout the city having lost roofs and homes, along with business damage of varying degrees. A friend named Darryl Eslinger had damage as well, Johnson shared. Council member Jason Meyer had donated 20 hours or so of his time to helping Johnson clean up, which was appreciated.

Among those hit hardest however were Dave and Trisha Milas from the northeast side, who lost the roof off their house on Eighth Avenue— along with the upper walls.

A Go Fund Me fundraiser set up by Jesse Frey and entitled “Stanley Tornado Victims Dave and Trisha Milas” was raising funds towards a $25,000 goal as of Sunday, while a “Stanley Relief Fund” with an account at Forward Bank was among the more general relief efforts being undertaken in the local area, along with one for Nicole Dusek by friend Sarah Souder, also on Go Fund Me.

Along with the fallout to residents from last week many disasters or potential for same were avoided by the unsung work of city employees, including the public works, water, and waste- water personnel. Nick Martin filled us in on the Wastewater end.

“There were quite a lot of issues related to

cious. Photo by Joseph Back.the storm,” Martin said Monday after spending three days last week sleeping at the city shop. One of the ones that may not be realized is the lift stations, many of which were run on generators during the storm’s aftermath.

Eight in all, lift stations help drive sewage where it needs to go in spite of the uneven city grade, and that can be important, as Martin made known.

“We came out on top,” Martin said of the city wastewater equation during the storm. “We didn’t have any sewer backups or disasters. Dean and I worked pretty much around the clock.”

With the Council just recently approving the switch to lift station alarms from RDI with a cellular rather than dial-up basis, these came in handy for knowing when to cycle each of the collection tanks for the lift stations.

Prior to the recent installation of cellular the city would have had to fall back on technology from the 80s and 90s, out of date and without the ability to have parts made.

Thanks to Council action and city worker dedication, that didn’t happen, a story that may not make the news but is nonetheless to be considered a success.

When it comes to wastewater issues, no news, can be good news. 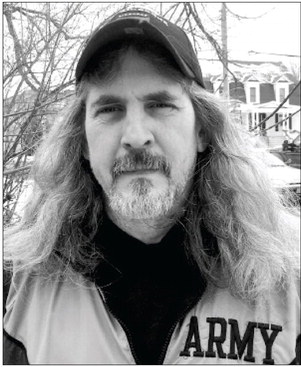