The Northern Badger Wrestling Classic is an annual tournament that is one of the most popular wrestling functions in Wisconsin each year. It gives teams from all over the state an opportunity to come together for a two-day wrestling event that features some of the best teams in the state.

This year’s iteration of the Northern Badger Wrestling Classic featured 30 teams that participated in the event. Pierce County teams included Spring Valley/Elmwood, which finished in 28th place, the Prescott Cardinals, which finished in 25th place, and the River Falls Wildcats, which finished in 4th place, only trailing Neillsville-Greenwood-Loyal, Baldwin-Woodville and Amery in the overall standings. Despite finishing in fourth place, River Falls wrestling head coach Kevin Black stated that the team underperformed.

“I think as a team we really underperformed today,” Black said. “We had five in the semifinals and we had another one yesterday that didn’t quite go the way we wanted. We thought we would have a couple more in the semi-finals. We thought we could have three, four or five guys in the finals and that’s what we were hoping for as a team.”

While others fell short of reaching their title match, Moelter and Massa both cruised to their championship matches. Moelter reached the 113-pound match with a pinfall in four minutes against Derek Zschernitz of Neillsville. Massa reached his match with a nearly two-minute pinfall against a Unity heavyweight.

In the championship match, Colton Hush of Baldwin-Woodville defeated Moelter 18-2. Hush is a tough opponent by any standards. In the 202021 season, he won the WIAA Division Individual State Title in his respective weight bracket. As for Massa, he competed in one of the great matches of not only the championship round but the entire two-day tournament.

In the 285-pound title match, Massa faced off against Robert Beese from Amery, the heavyweight for the Warriors that not only won state as an individual in Division 2 but also was a driving factor in Amery’s state title win as a team for the 2020-21 season. Based on interactions with coaches at the Northern Badger Wrestling Classic, Beese is one of the two best heavyweight wrestlers in Wisconsin and, quite honestly, Massa dominated him in the title match.

Massa defeated Beese 8-4 to win the 285-pound title at the 36th annual Northern Badger Wrestling Classic. After his match, he walked around the mat, flexed his

muscles and let out a huge yell in excitement. He spoke about his victory, the emotional aspect of it and what it was like to be back wrestling at the Northern Badger after a year off due to the pandemic.

“It’s been, I’ve had an emotional few months, losing to Waunakee, I guess it was just nice to blow off some steam and it was exciting hearing the crowd,” Massa said. “I’ve made a lot of friends here in Wisconsin and a lot of them are here to watch. It was a good moment, and I will definitely remember that one for a long time. The experience of going over to hug my friends in the stands after my match was definitely a highlight of my life.”

While Massa has many athletic accomplishments under his belt, he’s always quick to deflect praise. He gave a lot of credit to Mitchell Williamson, a junior college wrestling national champion in the heavyweight bracket. Williamson is from River Falls and came back to train with Massa and prepare him for his match at 285. Massa spoke about that additional training with a national champion.

“I had a junior national champion train with me this week,” Massa said after his tournament victory. “He definitely helped. It’s all in my support group, it’s not just me.”

For Massa, there is some uncertainty in his future regarding what weight class he will compete in once the playoffs begin. After the meet, he stated that he will be deferring to his coaches, as they know best, and will tell him to wrestle where is best for the team and Massa.

“My expectation was for each competing athlete to put in 100% effort, which each of them did,” Frandsen said after the tournament. He also spoke about some of the highlights for his team. “Tristen Neisinger placed seventh at 132. Max Schmitt placed ninth at 160. SVE wrestling faced quality competition and gained some great experience at the Northern Badger Wrestling Classic.”

Perhaps some of the reasons that schools like Spring Valley/ Elmwood and Prescott didn’t have as much success in terms of team results is because of forfeits. For Prescott, the Cardinals only competed in six of the 14 possible brackets. Immediately, that’s a significant disadvantage.

Benn Olson of Prescott advanced out of the first round of the 106-pound bracket via bye. In the second round, he secured a pinfall in 52 seconds over Dylan Saeger of Altoona. Olson’s tournament ended in the third round against Jonas Longsdorf of River Falls, who pinned Olson in just under three minutes.

Regardless of finishing results, River Falls, Prescott and Spring Valley/Elmwood wrestling all gained important experience at the 36th Annual Northern Badger Wrestling Classic that will help them improve and develop for more opportunities later in the season. 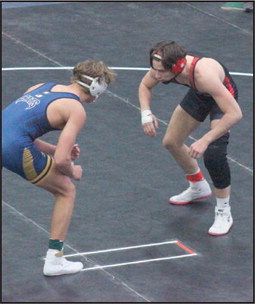 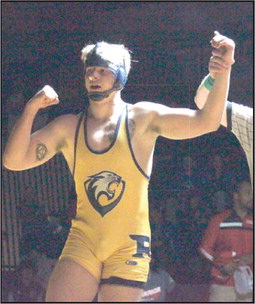 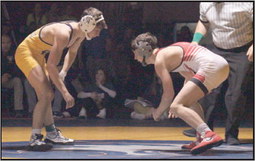