Bricks can be purchased to support project

BAY CITY – Bay City American Legion Post 357 is planning to build a veterans’ memorial on donated land adjacent to the Harding- Hall-Darrington building fronting the railroad tracks in Bay City. They need the public’s support to keep the project moving full-steam ahead.

“As you come into town on Highway 35, you'll be able to see the .ag right away," said Adjutant Devin Feuerhelm. "The .rst thing we want you to see is the American .ag." Legion members are selling granite pavers measuring 6-by-12-by-2 inches to help fund the project. The cost is $250 per paver and will include the name of the veteran being honored (living or deceased), the military branch in which they served (Army, Navy, Marines, Air Force, Coast Guard, other), and the era in which they served (World War II, Korea, Vietnam, Gulf War, Iraq/Afghanistan, etc.) Melgard Monument of River Falls is partnering with the Legion to provide the pavers.

Those honored can be from the local area, from Wisconsin or out-of-state, Feuerhelm said. This is so people can honor family

See BC LEGION, Page 11 BC Legion

members, even if they don’t or didn’t live in Bay City.

Benches will line a brick, arc-shaped memorial area, anchored by a 40-foot Amer- ican flag, plus Wisconsin, POW and military branch flags spaced throughout. The brick memorial pavers will be center to the design, as will business and organization sponsor signage and plantings.

Bay City American Legion Auxiliary President Tracy Brownlee and Commander Terry Johnson joined Feuerhelm Tuesday, May 10 in mapping the project out for the Journal. The land, which is about a quarter-acre adjacent to the railroad tracks along Main Street, is being donated to the Legion by Charlie Brown of Brownseed Genetics of Bay City.

“He’s sincere with veterans,” Johnson said. “Once the land was donated, we were like alright, we’re going full-throttle now.”

The idea has been tossed around for 10-plus years, but the Legion member who wanted to spearhead the project died and it fell by the wayside, the group explained. At last year’s Veterans Day banquet, the idea regained life. Of the 400 pavers available (so far), 30 have been sold.

“Depending on how many we get each year, we will have a dedication ceremony for new ones each year,” Feuerhelm said.

The Legion plans to break ground before Memorial Day and install the flag pole, do nated by Trinity Meyer Utility Structures of Hager City. A flag-raising ceremony will be held at 1 p.m. on Memorial Day to commemorate the new memorial at W6450 Main St., Bay City. The longterm plan is to have the entire project finished in time for Veterans Day in November. Eventually, the group would like to add a military vehicle to its display, such as a tank or truck.

“We want to recognize all veterans and have a big flag so people will notice,” Johnson said.

“It will help remind people of patriotism,” Brownlee added.

Other members who have played an instrumental role in the memorial are Norm Baker and Ray Pechacek, the trio said. Members are in the process of gathering business donations as well as paver sales.

The Bay City American Legion meets at Harding- Hall-Darrington Post 357 (W6450 Main St.) the first Tuesday of every month in the former Methodist Church. American Legions across the country are struggling to recruit members, and Bay City is no exception. Johnson and Feuerhelm are the youngest members in the group.

“We aren’t asking for a big time commitment,” Johnson said. “Just that members help out when they can.”

Members are not required to attend every monthly meeting or event. However, events at which they can help are the annual spaghetti fundraising dinner, Easter egg hunt, Santa visit, honor guard service at funerals and other kid-friendly events in the community staged by the Legion.

People can also rent the Legion Hall for events or meetings. The Busy Fingers 4-H Club currently meets there monthly.

To learn more about the Legion or to purchase a memorial paver, contact Johnson at 715-307-1321 or Feuerhelm at 651-301-1032 or [email protected] Follow “Harding- Darrington Hall BayCityLegion” on Facebook. 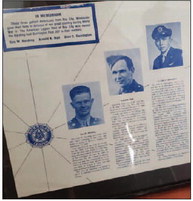 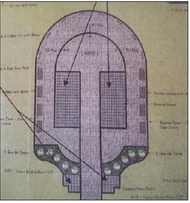